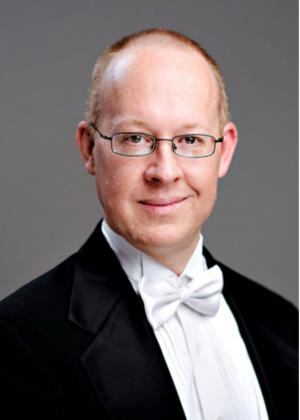 Trevor Wagler has dedicated his life to the art of music. He is co-owner/Director of Renaissance School of the Arts, as well as a freelance French horn player (on both modern and historical instruments), conductor, organist, composer, arranger/orchestrator, music editor/copyist and clinician. He holds a Bachelor Degree in Music Composition, a Diploma in Performance, and a Diploma in Chamber Music from Wilfrid Laurier University, as well as a Masters of Music Degree in horn performance from Western University. He has performed with the Kitchener-Waterloo Symphony, the Canadian Chamber Ensemble, Tafelmusik, Orchestra London / London Sinfonia, the Hamilton Philharmonic, the Nota Bene Period Orchestra, the Windsor Symphony, the Stratford Festival, Drayton Entertainment and more, sharing the stage with the likes of Dianna Krall, Anne Murray, Michael Burgess and Howard Cable. Trevor has conducted the historic Waterloo Concert Band since 2006, and has spent nearly two decades conducting various ensembles for the KWS Youth Orchestra Programme. He is the regular guest conductor of the Kitchener-Waterloo Symphony for their acclaimed joint performances with KW GLEE. He founded the Kitchener-Waterloo Youth Concert Band (KW YCB) in 2017. Passionate about music education, Trevor maintains an active teaching schedule at Renaissance School of the Arts, and holds part-time faculty positions at both Laurier University and the University of Waterloo (Conrad Grebel University College). In addition to his active performance and teaching schedule, Trevor is also a busy arranger/orchestrator and composer, having written more than 1000 scores for orchestras, bands, chamber ensembles and soloists around the world. Recent commissions have included orchestrating (and conducting) The K-W Symphony Presents KW Glee Live! (2015, 2017, 2019 - and hopefully again in 2022, pending the end of this pandemic!) at the Centre in the Square (Kitchener), as well as new music for the KWS, Symphony Nova Scotia, the National Arts Centre Orchestra, the Toronto Symphony, the Vancouver Symphony, the Edmonton Symphony, and the Kingston Symphony. Trevor is a member of the Society of Composers, Authors and Music Publishers of Canada (SOCAN), the American Federation of Musicians of the United States and Canada, the International Horn Society, the Historic Brass Society and the National Geographic Society. Trevor resides in Waterloo, Ontario with his soulmate, flutist Wendy Wagler, and three fabulous children.