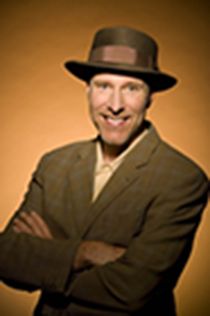 Most people who have listened to CBC Radio 1 or 2 will be familiar with the voice of Tom Allen. At the moment he is the host of Shift on Radio 2. His programs are filled with interesting facts about the selection, the composer and about history and our time. Tom is also a host and consultant for symphony orchestras and is an author, a musician and broadcaster with a Master’s degree in Music Performance from Yale. He worked as a professional trombonist in Toronto and New York and has had his own radio program on one or other of the Canadian Broadcasting Corporation’s networks for 23 years. He loves telling the stories of how and why a piece of music may have become the way it is, and, as the critics agree, he is very good at it. Most recently Tom has written a series of shows that mix storytelling, chamber music and original popular songs to bring classical music and the stories behind it to life in an inspiring and accessible format. These “chamber musicals” feature a brilliant and diverse cast and have been presented at the Ottawa International Chamber Music Festival, Music Niagara, Toronto's Luminato Festival, theatre and music festivals across Ontario and at Toronto’s Soulpepper theatre, where Tom is a 2014 Resident Artist.