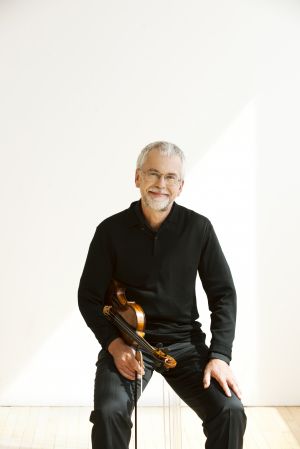 After studies at Cornell University and SUNY at Stony Brook, Thomas Georgi moved to Australia where he was a violinist in the Queensland Symphony Orchestra. After ten years of Aussie sunshine, Tom moved back to North America where, in the hustle and bustle of Toronto, he could play with Tafelmusik. As the weather is so often overcast in Toronto, Tom found he had plenty of time to broaden his musical horizons to include the viola d'amore, on which he performed all over the world. His website, www.violadamore.com, promotes the wider understanding of the instrument. His solo recordings for the Bis label may be heard for free at www.bis.se.