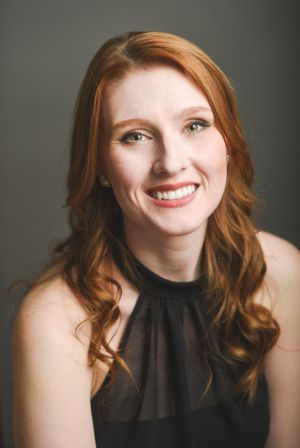 Irish-American soprano Sinéad White is currently based in Toronto where she has performed with ensembles such as Tafelmusik Chamber Choir, Theatre of Early Music and Opera Atelier. Sinéad was recently a young artist in the Boston Early Music Festival’s Young Artist Training Program where she was supported by an Early Music America Summer Scholarship. Other recent solo performances include Handel’s Dixit Dominuswith the Theatre of Early Music, Buxtehude’s Membra Jesu Nostri with Early Music Vancouver, Pergolesi’s Stabat Mater as part of EMV’s Bach Festival and Bach’s Christmas Oratorio with the Okanagan Festival Singers. Sinéad has received further training as an Art of Song fellow at the Toronto Summer Music Festival and studied at the Advanced Oratorio Program at the Victoria Conservatory of Music. While on the west coast, she also studied baroque repertoire with soprano, Nancy Argenta thanks to a generous scholarship from Early Music Vancouver. Sinéad was a fellow at the Sibelius Academy’s Creative Dialogues Program where she worked on contemporary repertoire with Canadian soprano Barbara Hannigan. She completed an Advanced Certificate ofHistorical Performance at the University of Toronto and obtained both her Bachelor and Masters’ degrees at McGill University.