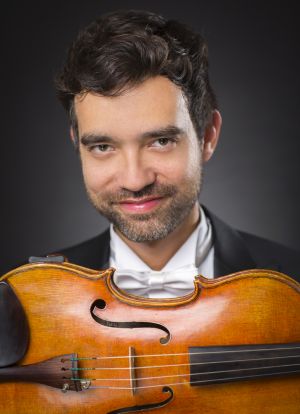 Rémi Pelletier joined the Toronto Symphony Orchestra as Associate Principal Viola in September 2019, having served in the New York Philharmonic’s viola section from July 2013, and in the Orchestre symphonique de Montréal beginning in 2007. Previously, he was a regular substitute with The Philadelphia Orchestra, and also performed with The Haddonfield Symphony and Orchestre Métropolitain. He served as Guest Principal Viola of the International Orchestra of Italy in the summers of 2011 and 2012, Principal Viola of Japan’s Pacific Music Festival, and Assistant Principal of the New York String Orchestra Seminar. An active chamber musician, Mr. Pelletier was a regular guest at the Société de musique de chambre de Québec and performed with Rendez-vous musical de Laterrière and Musica Camerata, as well as with the Orchestre symphonique de Montréal’s chamber music series. His honours include the CBC/McGill Music Award (2003), as well as first prize at the Concours du Québec and Canada’s National Music Festival Competition. A native of Québec, Mr. Pelletier was a scholarship recipient at Encore School for Strings and the Orford Arts Centre. He performed a recital on CBC’s Debut series. In addition to attending masterclasses with Kim Kashkashian, Roberto Diaz, and others, Rémi Pelletier studied with Michael Tree and Joseph De Pasquale at The Curtis Institute of Music, and with André Roy at McGill University, from which he graduated with the distinction of Outstanding Achievement in Viola Performance, and where he was Principal Viola of the McGill Symphony Orchestra.