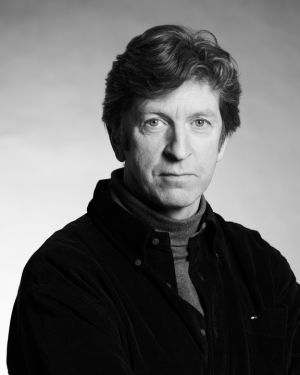 R.H. Thomson is a Canadian actor and director and has worked for 30 years in Canada, the United States and the EU. He graduated with a BSc from the University of Toronto and then attended The National Theatre School in Montreal and the London Academy of Music & Dramatic Arts in London. He works in theatre, film and television. Most recently he appeared in ‘Chloe’ directed by Atom Egoyan , ‘Antanasia’ , a Greek film by Panos Karkanevatos and the CBC television mini series ‘The Englishman’s Boy’ directed by John Smith and based on the novel by Guy Vanderhague. He has played roles as diverse as Willy Brandt in Michael Frayne’s play ‘Democracy’ in Toronto, Glenn Gould in the play ‘Glenn’ by David Young and Atticus Finch in ‘To Kill A Mockingbird’ at Theatre Calgary. ‘Metamorphosis’ was a program he performed with Toronto’s Tafelmusik. Thomson was the Co Artistic Director of ShakespeareWorks until 2006. He has earned Gemini, Genie, Dora and Merritt awards for his work as well as the Gascon-Thomas Award and the Barbara Hamilton award for activism in the arts. He wrote and performed a solo theatre piece ‘The Lost Boys’ based on the 700 letters from his five great uncles who served in WWI. Mr. Thomson has created many arts/history projects. In 2008, Mr. Thomson co-created and produced the international projection project, Vigile 1914-1918 Vigil, in London UK and seven Canadian cities. In 2010, he co-produced Canada 1914-1918 Ypres, a history and remembrance project involving 150 schools across Canada and the city of Ieper, Belgium.