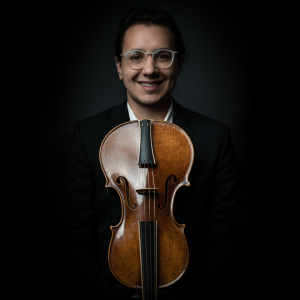 Matthew Antal was born and raised in Toronto, Ontario. He attended Cardinal Carter Academy for the Arts where he began playing Viola at age 12 because he was told "you look like a violist". He holds a bachelor’s degree from the University of Toronto under Katharine Rapoport and a master’s degree from the University of Victoria under Joanna Hood, both in Viola performance. He also holds an advanced certificate in early music performance from the University of Toronto where he studied with Patrick Jordan and Stefano Marcocchi. Matthew is a regular performer with several ensembles around Toronto including Tafelmusik Baroque Orchestra, Theatre of Early Music, and Elixir Ensemble.