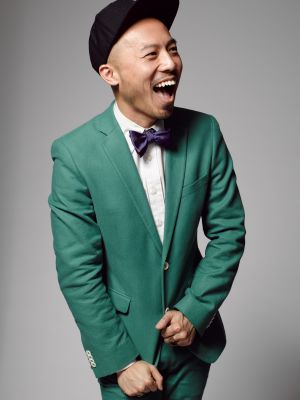 Hong Kong born, Toronto-based baritone Keith Lam was described as “a suave, fine grained baritone” by the Boston Globe. He was mostly recently seen as the bass soloist in Bach's Magnificat with Tafelmusik Chamber Orchestra and Choir. Last season, he performed the role of Major Thomas Lyons in Stephanie Martin and Paul Ciufo's new opera Llandovery Castle with the Bicycle Opera Project. In addition, he joined the company of Soundstream's staged production of Claude Vivier's Musik für das Ende in collaboration with the Crow's Theatre which will also have its revival in May of 2020. Among other career highlights include touring across Ontario with the Bicycle Opera Project, performing the role of the Boss in the new a cappella opera Sweat written by Juliet Palmer and Anna Chatterton; stepping in last minute to fill in the role of Melisso in the Glenn Gould School’s production of Handel’s Alcina at Koerner Hall; and portraying the role Javan in Leslie Uyeda’s opera When the Sun Comes Out, which had its Toronto premiere during World Pride 2014. He was the audience prizewinner at the Classical Music Consort Handel Competition, finalist at the 2013 Cathedral Bluffs Symphony Orchestra Competition, and placed third in the 2014 NYCO Mozart Vocal Competition. Keith has made appearances with companies such as Canadian Opera Company, Opera Atelier, Against the Grain Theatre, and Theatre of Early Music. He is an alumnus of the Aspen Opera Theater, Banff Centre's Opera as Theatre program, Opera NUOVA, Highlands Opera Studio, and the Tafelmusik Baroque Institute.