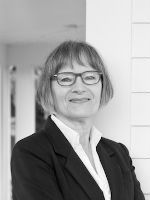 Joan Nicks is adjunct professor of film and popular culture, Brock University, with long experience as a film programmer, critic and juror of media and film festivals. Her writing has appeared in various edited books and journals. She is the recipient of teaching awards, research grants, and the Laura Sabina Award (2003) in recognition of women’s contributions to the arts in Niagara. Joan is co-editor of Covering Niagara: Studies in Local Popular Culture (2010), and Slippery Pastimes: Reading the Popular in Canadian Culture (2002): Wilfrid Laurier University Press. Her collaborative research on local popular culture includes blackface minstrel shows, early movie-going and theatres, and the role of newspapers in fueling fandom. She programs film series for the Niagara Falls History Museum, and is working on a history of lost movie theatres and post-WWII motel culture in the cross-border city, Niagara Falls, Ontario. She collaborates with The Gallery Players of Niagara for special silent film events with live music accompaniment. Her curated image-projections for Chorus Niagara concerts include: “A Holocaust Memoir” (2011); “A Might Cry” (2013), commissioned in commemoration of the 200th anniversary of the War of 1812; and “The World Remembers: the war to end all wars” (2014). She curated image-projections for the Toronto premiere of composer Larry Nickel’s Requiem for Peace performed by the Orpheus Choir and conducted by Robert Cooper (2012); and “The End of Innocence - WWI” (2014).