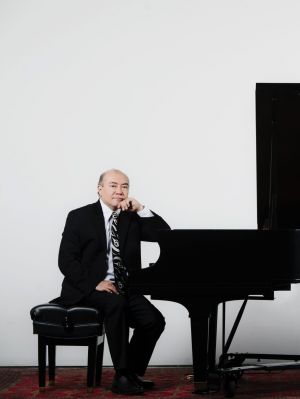 Jamie Parker’s achievements are both lengthy and impressive. His musical roots can be traced to the Vancouver Academy of Music and University of British Columbia, where he studied with Lee Kum Sing. He then went on to complete his master’s and doctorate with Adele Marcus at The Juilliard School. Jamie continues the teaching tradition as the Rupert E. Edwards Chair in Piano Performance at University of Toronto Faculty of Music. Beginning in 1984 with a first prize at the Eckhardt-Gramatté National Music Competition, Jamie served notice that he was a rising star. The CBC concurred, selecting him winner of the 25th National Competition for Young Performers. T he Virginia P. Moore Prize (known today as the Virginia Parker Prize) soon followed, further solidifying Jamie’s place as one of Canada’s best young classical musicians. On-air programs repeatedly seek out his performances. Jamie has made frequent appearances on CBC, Bravo, Global Television Network, Much, and media platforms around the world. Jamie’s style has earned The Globe and Mail’s praise as “one of the most searching musical intellects and 10 of the nimblest fingers in the business.” He has enthralled audiences in North America and Europe, counting diplomats and dignitaries among his rapt listeners. A consummate professional, Jamie is critically acclaimed as both a soloist and as a chamber musician. He tours as the pianist for Canada’s foremost chamber ensemble, Gryphon Trio, and performs with major Canadian and international symphony orchestras. With three JUNO recording awards and many other nominations from his vast discography, Jamie Parker continues to graciously strive to do it all.