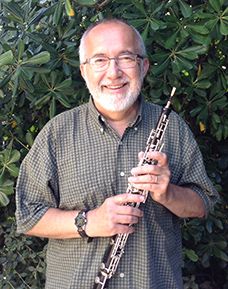 James Mason is highly regarded as one of Canada’s most prominent oboists. He came to Canada in 1975, accepting the position of Principal Oboe with the Saskatoon Symphony and Lecturer in Woodwinds at the University of Saskatchewan. Since 1979 he has been the Principal Oboe of the KitchenerWaterloo Symphony and Canadian Chamber Ensemble. He has appeared as a soloist and chamber musician in Germany, Holland, Spain, South America and Japan as well as the United States and Canada. Mr. Mason has many recordings to his credit and is heard regularly on CBC radio, for which he has recorded most of the standard chamber music and solo oboe repertoire, along with several new works for oboe and orchestra and oboe and strings written specifically for him. Mr. Mason has appeared as guest Principal Oboe with the Boston, Toronto and Montreal Symphony Orchestras, along with the National Arts Centre Orchestra. Since 1981 he has been a regular performer at both the Elora Festival and the Festival of the Sound in Parry Sound, Ontario. Over the years, Mason has been a very familiar face in the musical life of southwestern Ontario. He and his wife, violinist Julie Baumgartel, were founding Artistic Directors of the Grand River Baroque Festival. Jim has also appeared as performer, audience member and heckler at INNERchamber in Stratford. He has performed and recorded on numerous occasions with the Gallery Players. He was on the faculty at Wifrid Laurier University for 37 years. In 2000, in recognition of his contribution to the arts, Mason was given the Kitchener Waterloo Arts Award for Music.