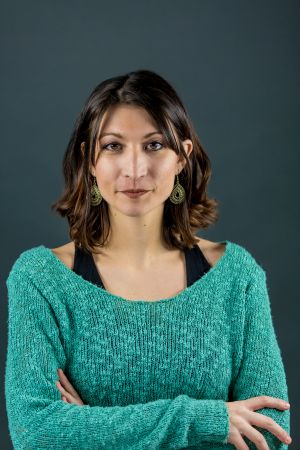 Genevieve Jones is a Niagara based actor, director and playwright. She directed Eve Enslers' "The Vagina Monologues" in Partirdge Hall of The First Ontario Performing Arts Center in 2017 and 2018. This would have been 3rd and 4th time Directing the play, as she started with Saint Mary's Women's Center in Halifax, NS. In 2014, Genevieve graduated with an Honours Degree in Theatre Studies from Dalhousie University and spent time working on various theatre productions in Halifax. Since then, she's returned home and re-established her arts career here. Some acting credits include, Senior Stories (ECT), JimiBill (In the Soil), That Ugly Mess (In the Soil), The Death and the Maiden (Firehall Theatre), Reefer Madness (Lions Den Theatre), Criminal Negligee (Lions Den Theatre), The Iceman Cometh (Lions Den Theatre), Wake Up Rosie (Atlantic Fringe), The Jezebels (Atlantic Fringe). Genevieve is also an active member of local comedy group, IMPROV NIAGARA. They have a monthly show at Mahtay Cafe on the last Friday of every month. In addition, Genevieve believes in arts-based learning and frequently teaches with Carousel Players and other local youth theatre companies. She is a supply teacher at the Folk Arts Center and applies arts to language learning and strives to maintain an overall effort of integrating arts into education. Enjoy the show.