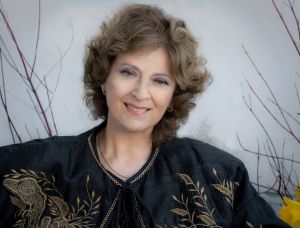 A native of Toronto, Erica Goodman is acclaimed as one of the world's outstanding solo harpists. She received her training at the Royal Conservatory of Music (Toronto), the National Music Camp (Interlochen Michigan) and the Curtis Institute of Music (Philadelphia). Already a concert performer in her teens, Erica played under the baton of Igor Stravinsky when he recorded in Toronto. While at Curtis, she was a concerto soloist with the Philadelphia Orchestra. Upon finishing her studies, Mario Bernardi chose her to be a member of the newly formed National Arts Centre Orchestra. He further gave her the honour of playing Harry Somers' Suite for Harp and Chamber Orchestra at the orchestra's New York debut performance. Erica is currently a member of Toronto's Esprit Orchestra with whom she played Alex Pauk's harp concerto on the orchestra's inaugural European tour in 1999. She also plays in the Hamilton Philharmonic and is frequently featured as a concerto soloist. Erica's love of chamber music is highlighted by her long association with colleagues and groups such as flutist Robert Aitken with whom she performed in Hong Kong in 2009, oboist Lawrence Cherney, Trio Lyra, Tapestry New Opera Works and the newly formed Trio Désirée. Her collaboration with Swedish horn virtuoso Sören Hermansson has resulted in discovering old works and commissioning new ones for French horn and harp. Two CD's of their repertoire are available on the BIS label. Erica is a charter member of New Music Concerts with whom she has recorded three albums for Naxos featuring the music of Toru Takemitsu (awarded «Editor's Choice» by Grammophone magazine), George Crumb and Elliott Carter. Two recently released CD's on the CMC's Centrediscs label spotlight the music of Jeffrey Ryan and Marjan Mozetich. Erica has encouraged many prominent Canadian composers to write major works for harp. A few examples are Oskar Morawetz, Alexina Louie, Milton Barnes, Harry Freedman, Lothar Klein, Rodney Sharman and Chris Paul Harman. In 1995, Erica won a Juno for her solo BIS CD «Erica Goodman Plays Canadian Harp Music». In 1980, her BIS recording «Flute and Harp» with Robert Aitken was awarded the Grand Prix du Disque. NOW Magazine selected her as Best Canadian Classical Musician in its 1996 «Best of Toronto» readers' Poll. Website: ericagoodman.tripod.com