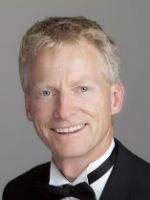 David began his studies on the violin at the age of seven. His family having relocated numerous times allowed David to experience instruction from a number of teachers in various methods. David’s introduction to orchestral playing was with the Niagara Youth Orchestra in St. Catharines. After high school David earned a Bachelor of Science degree in Music Education from Northwestern College in Roseville Minnesota. During his time in Minneapolis David was able to tour internationally as Concert master of the Continental Singers and Orchestra and of the Communique Singers and Orchestra. While in Minneapolis David studied with Roger Frisch, Associate Concert Master of the Minnesota Orchestra. Upon returning to St. Catharines David studied with Deryck Aird of the Bradley Institute of Music and at that time, Concert Master of the Niagara Symphony. David has been a member of the Niagara Symphony Association since 1989 and has also worked for the District School Board of Niagara as a secondary school music educator since 1989. He currently teaches music at Centennial High in Welland. David and his wife Deborah met while preparing a faculty recital for the Laura Secord Music Department where David began teaching. Since then they have formed the chamber ensemble now known as Glissandi; together with their friend and colleague Douglas Miller, principal flute with the Niagara Symphony. The past twelve years have been very full as the demand for their particular style of chamber music has increased. Performances and audiences have varied greatly providing many rich experiences. One of those was a concert tour of Southern England in the spring of 1997. Upon returning from that tour Glissandi set out to record their first CD entitled Serenity. He enjoys both teaching and performing and is looking forward to much more of the same. David and his wife Deborah have three children: Matthew, Nicholas, and Jessica.