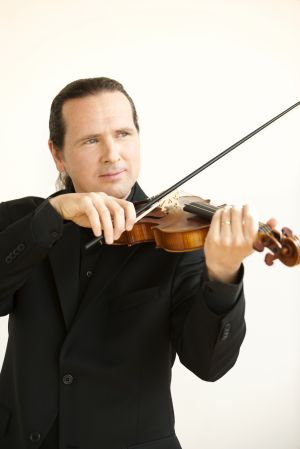 Christopher Verrette has been a member of the violin section of Tafelmusik since 1993 and is a frequent soloist and leader with the orchestra. He holds a Bachelor of Music and a Performer's Certificate from Indiana University and has contributed to the development of early music in the American Midwest as a founding member of the Chicago Baroque Ensemble and Ensemble Voltaire (Indianapolis), and as a guest director with the Indianapolis Baroque Orchestra and the Bloomington Early Music Festival Orchestra. He collaborates with many other North American ensembles, and can be heard in Toronto with the Musicians in Ordinary and The Toronto Consort. He has also participated in crossover recordings with Terry McKenna and Sylvia Tyson and in soundtracks for film and television.