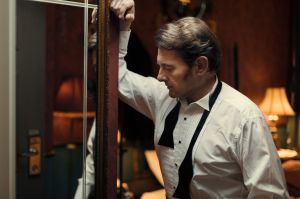 Brett Polegato’s artistic sensibility has earned him the highest praise from audiences and critics: The New York Times has praised him for his “burnished, well-focused voice” which he uses with “considerable intelligence and nuance.” The Canadian - Italian baritone appears regularly on the world's most distinguished stages including those of the Metropolitan Opera, La Scala, Lincoln Center, Wigmore Hall and Carnegie Hall. A three-time Grammy award winner, he can be heard as soloist in the Grammy Awards’ Best Classical Recording of 2003 - Vaughan Williams’ A Sea Symphony (Telarc) with the Atlanta Symphony Orchestra. In March of 2022, Brett creates the role of Richard Brown in the world premiere of Kevin Puts’s The Hours with the Philadelphia Orchestra conducted by Yannick Nézét-Séguin, and returns to the Bregenzer Festspiele next summer as Sharpless in Puccini’s Madama Butterfly. Other engagements include the title role in Rossini’s Guillaume Tell for Irish National Opera in the fall of 2022. Most recently, Mr. Polegato sang Fanuèl in Boito’s Nerone for the Bregenzer Festspiele (Austria) and Rodrigo in Verdi’s Don Carlo for Grange Park Opera (UK). In 2019, he made his Metropolitan Opera debut as de Brétigny in Massenet’s Manon, which was broadcast into cinemas around the world. In recent years, Mr. Polegato made his role debut as Amfortas in Wagner’s Parsifal with Yannick Nézet-Séguin conducting, and portrayed Kurwenal in Tristan und Isolde for both the Opera di Roma and the Théâtre des Champs-Elysées in Paris. He made his recital debut at London’s Wigmore Hall in the summer of 2019 and, in concert, he most recently appeared as the Celebrant in Bernstein’s Mass with the Orchestra National de Lille in France.