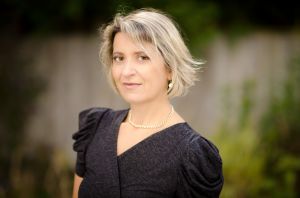 Anna Ronai has performed at major venues in Europe, North America and China, including the Weill Recital Hall of Carnegie Hall in New York, Gläserner Saal, Musikverein, and Schubert Saal, Konzerthaus in Vienna. Anna has collaborated with distinguished singers as Brigitte Fassbaender, Michelle Breedt, Bernarda Fink, Robert Holl, and Members of the Vienna Philharmonic Orchestra Anna is a graduate of the Music University of the Arts Vienna, where she earned two Masters degrees, one in Piano Performance and the other in Collaborative Piano. She maintained positions at the Vienna and Innsbruck Conservatories, and a faculty position for piano, piano chamber music at the Institute for European Studies in Vienna. She has played for master-classes with esteemed artists including Brigitte Fassbaender, Christa Ludwig, Thomas Hampson and Linda Watson. Anna has appeared and placed in several major Lied Duo competitions such as the Robert Schumann Duo Competition in Zwickau, Germany, the East & West Artists International Auditions in New York, and Schubert und die Moderne in Graz, Austria. In 2009 Anna moved to Canada, and is a Vocal / Opera Coach at Wilfrid Laurier University in Waterloo. In Fall 2020 Anna joined Conrad Grebel University College at the University of Waterloo as the piano instructor, where she has also been an instrumental accompanist since 2019. She is an active performer at concerts and recitals across Ontario and abroad. Performances with the Trio d’Argento include “Music Toronto” (the world-premiere of ”Manidoog” by native composer Barbara Croall). Recent collaboration with Vienna based Flutist Ulrike Anton and the “Exil.arte” Institute in Vienna included several concerts in Europe and at the Holocaust Education week in Toronto .